Untitled: Pseudo-science in Suitcase
2005
shown at the Diploma in Fine Arts graduating show, Lasalle College of the Arts, 2005
and at Appetites for Litter, PKW, Singapore, 2006

This work contains the discovered archives of archaeologist S. Raoul, who reconstructed Singapore as an extinct civilisation by studying its archaeological remains, its leftovers. Essentially the collation of all the information painstakingly gathered by S. Raoul, as well as samples and other data in the form of loose-leaf pages, and some roughly bound books, a means of keeping some semblance of order while out in the field. These books, the culmination of an intensive study, are now an afterthought, with no potential other than that of an accidental discovery. 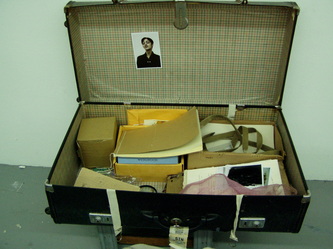 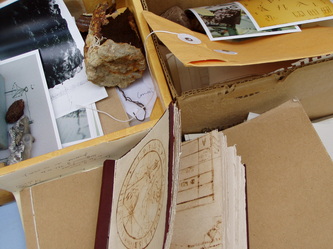 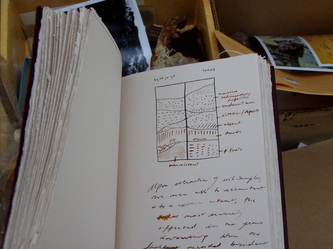