The work deals with the rewriting of history, the whitewashing of events and policies to better suit economic and political imperatives. What makes this rewriting especially relevant is that it forms part of the ideological bias in school education. Almost every nation has reconstructed its history in the making up of the construct of nationhood, and the systematic erasure or disparagement of what is deemed inconvenient, controversial or adversarial. Arguably, the historicised construct of nationhood is one of exclusivity, denial and a bolstering of what is considered ‘relevant’ or politic to the national ego. History is thus rendered black and white: black suits and white lies.

The 5 books attempt to mimic the process of the retelling of ‘facts’, and how they become concretised over time, while the inconvenient gets subsumed under this retelling. By submerging the books in the same ink in which they were written, the destructive power of the official word over secondary or ‘irrelevant’ narratives is mimicked. Each of the 5 books presents a further stage of degradation as it moves away from its point of origin. The most readable will be Book 1, but that may not contain the whole story, and the denser the text gets, the more unreadable the book becomes. Eventually, only one authoritative (so to speak) text remains. 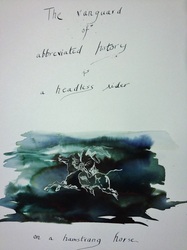 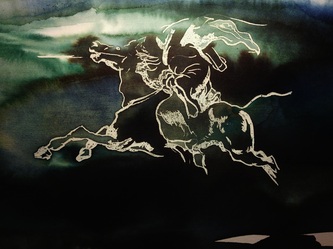 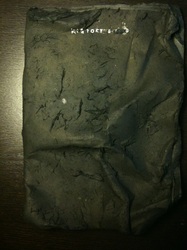 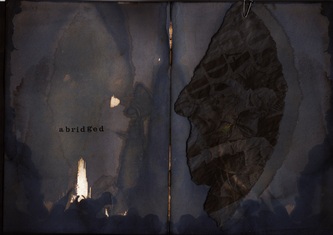